5 deaths, multiple injuries from icy wreck on I-35W in Fort Worth involving 70-100 vehicles 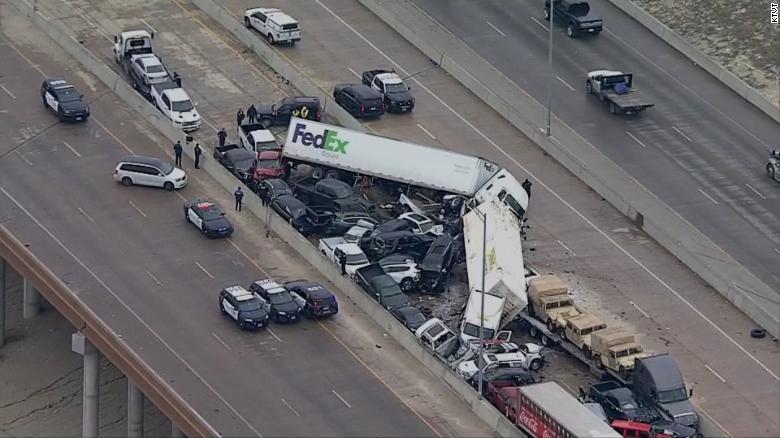 FORT WORTH, Texas - At least five people are dead after 70-100 vehicles were involved in a massive ice-related wreck Thursday morning on Interstate 35W in Fort Worth, police said.

MedStar officials said the five were pronounced dead at the scene, which stretched for nearly a mile in the southbound lanes of the interstate near Northside Drive north of downtown.

MedStar transported 36 people to hospitals, with several in critical and serious condition at the time they were taken away.

"I would like to ask everyone please keep in your prayers the family members of the loved ones who have lost their lives in this tragic accident," said Daniel Segura, Fort Worth police spokesman at a late morning press conference. 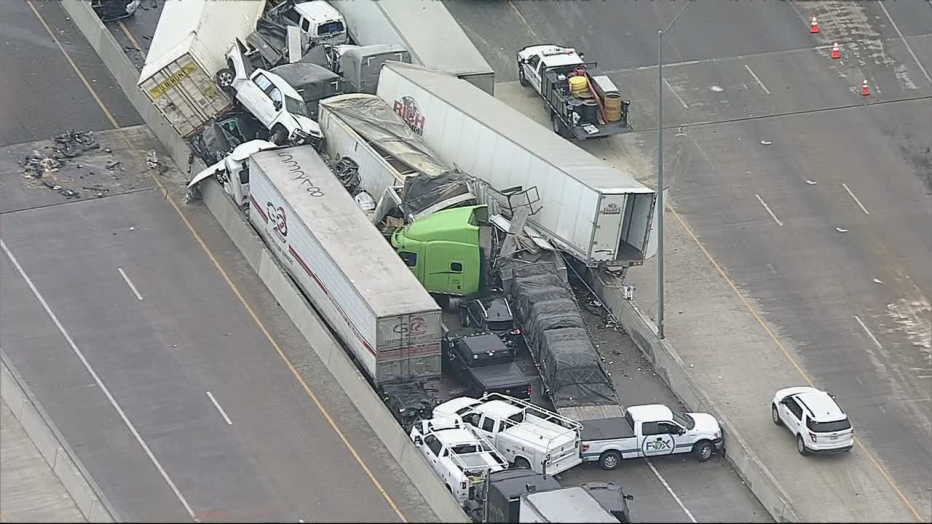 The pileup appeared to have started about 6:15 a.m. Thursday as motorists ventured onto slick roads coated in a thin sheet of ice from freezing rain that had fallen overnight and into the early morning hours.

Multiple cell phone videos show cars traveling at a high rate of speed, then sliding and crashing into each other. Multiple 18-wheelers were involved in the pileup and crashed violently into other passenger vehicles.

First responders had to methodically work to reach the incident scene and then work their way from car to car to check on the condition of people inside. Several people had to be extricated and sanding trucks were brought in to assist with removal of vehicles.

Rescuers also said they were concerned about people potentially developing hypothermia due to the long time they may have spent trapped or waiting outside their vehicle. 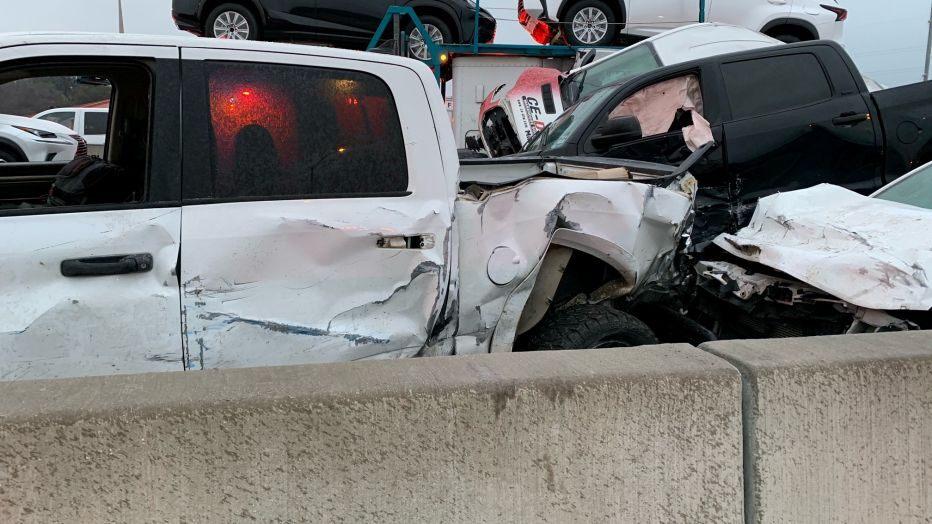 The interstate is expected to be closed for the rest of Thursday. Police urged people to stay home and off the roads if they do not need to be traveling today.

A family reunification center was opened by Fort Worth officials at the Riverside Community Center at 3700 E. Belknap St. for those involved in the crash.

Mayor Betsy Price said on Twitter that the city had activated its Emergency Operations Center because of the crash. 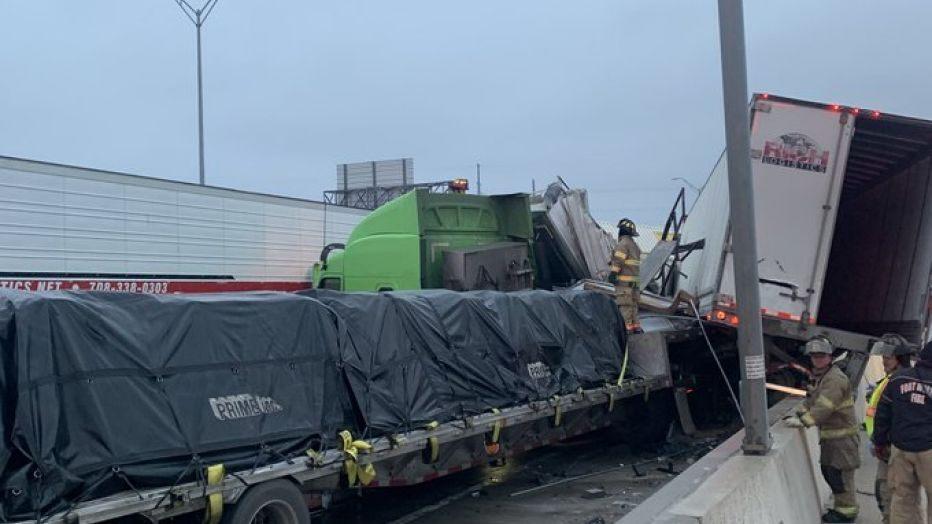 2
Please log in to like, share and comment!
Sponsored
Categories
Read More
Trucking News
Nation’s biggest trucker enforcement blitz is days away — here’s a ‘cheat sheet’ to get you ready
The Commercial Vehicle Safety Alliance (CVSA) is gearing up for a major 72 hour truck inspection...
By MEGA MISTAKES 2021-05-03 21:37:10 0 387
Trucking News
Alabama police department asks for tips about truck hauling 400 cases of Coors in funny Facebook post
An Alabama police department shared a chuckle-inducing Facebook post after stopping a semi truck...
By MEGA MISTAKES 2021-04-19 22:12:52 0 292608
Trucking News
Can truckers use CBD products? Here’s what you need to know.
As more “Cannabidiol” or CBD products come onto the market, a growing number of...
By MEGA MISTAKES 2021-05-03 21:31:47 0 486
Trucking News
Kansas cops MacGyver a fix to help a truck driver get home
Police officers in Manhattan, Kansas, were on hand to help a broken down truck driver with an...
By Truck Drivers Life 2021-07-11 01:56:46 0 1079
Trucking News
Trucking manager stole, sold $600,000+ in truck tires to “facilitate his drug addiction”
The former manager of an Illinois trucking company has pleaded guilty to stealing supplies from...
By MEGA MISTAKES 2021-05-06 22:19:11 0 165