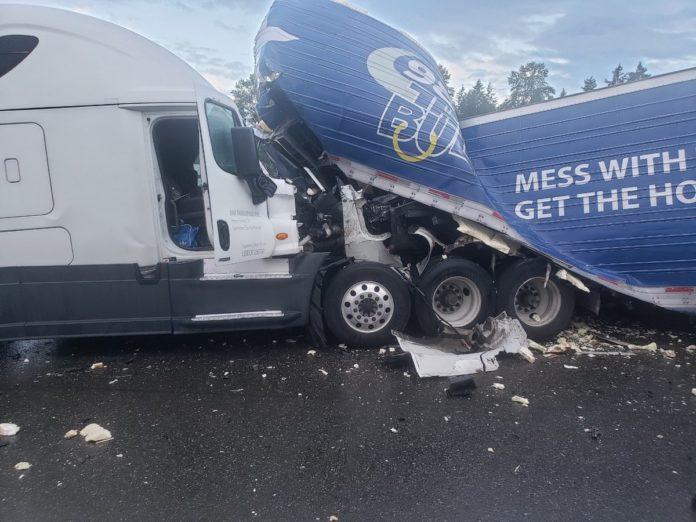 Transportation authorities in Washington state say that northbound I-5 in Fife won’t reopen anytime soon after a series of crashes left one person dead and the interstate covered in a large amount of milk.

The trouble began around 4 a.m. on Friday when a pedestrian was struck and killed after being hit by two cars near 70th Avenue in Fife. The person was pronounced dead at the scene.

About half an hour later on northbound I-5 at mile marker 138.8, three semi trucks collided in traffic that was slowed from the fatal crash.

Troopers said that clearing the crash is proving to be complicated as “30,000 lbs of fish need to be reloaded and a large milk spill cleared.”

A twisted axel on one of the semi trucks is also causing complications with getting the vehicle towed off the interstate.

Five mile backups have been reported in the area. As of 11:30 a.m., troopers said that Northbound I-5 at 54th Ave E is still totally blocked.