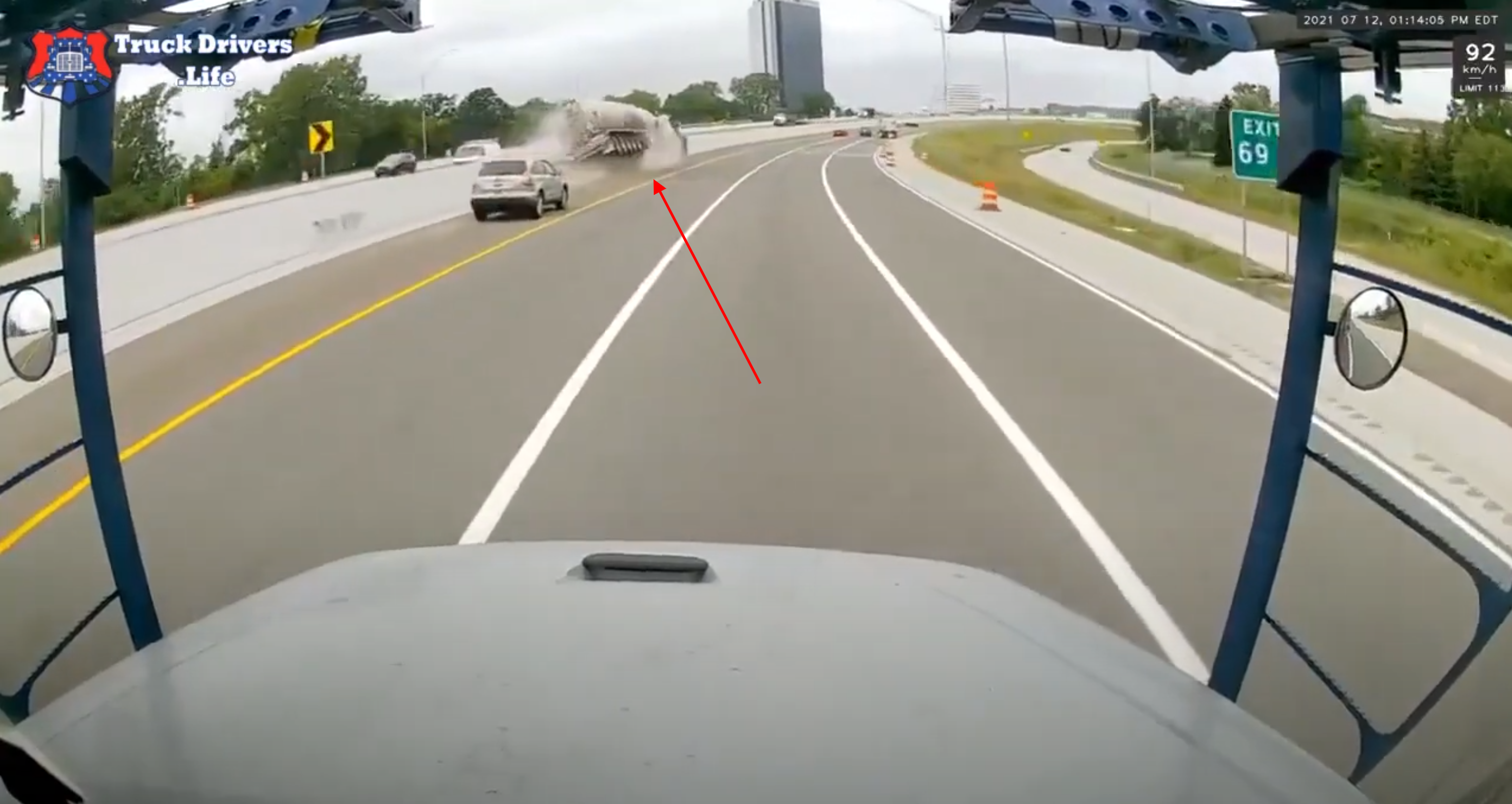 A tanker truck caught fire Monday on Interstate 75 in suburban Detroit, closing the busy highway in both directions in Oakland County.

Firefighters shot water and foam at the remains of the truck on I-75's northbound lanes in Troy. The fire produced thick black smoke while flames flashed high in the sky.

The truck apparently struck a barrier and burst into flames, police said.

“It would be best if you avoided that area completely and find a north/south roadway a bit farther away,” state police said on Twitter. “I-75 could be closed for quite awhile as it may have buckled from the heat of the fire.”

The state Transportation Department said the pavement might need to be replaced.

Woodward Avenue was listed as a detour, but it’s “going to back up like it’s Dream Cruise Saturday real fast,” state police said.

According to Robert Morosi with the Michigan Department of Transportation the freeway will remain closed overnight and at least through morning rush hour.

An update will be given Tuesday once the damage is done being assessed.

MDOT recommends people traveling northbound should take I-696 to Woodward Avenue and work their way around to get back on the freeway at Crooks Road.

The driver of the tanker truck, a 46-year-old man from Saint Clair, was able to escape the truck.

He was transported to Detroit Medical Center with minor injuries. No other vehicles were involved in the traffic crash. No other injuries were reported, according to Troy police.

The tanker truck was on fire for over two hours, Troy police say.

Troy fire crews remained on scene for several more hours for cleanup. Police added that 14,000 gallons of gasoline and diesel fuel were on board the tanker at the time of the traffic crash.