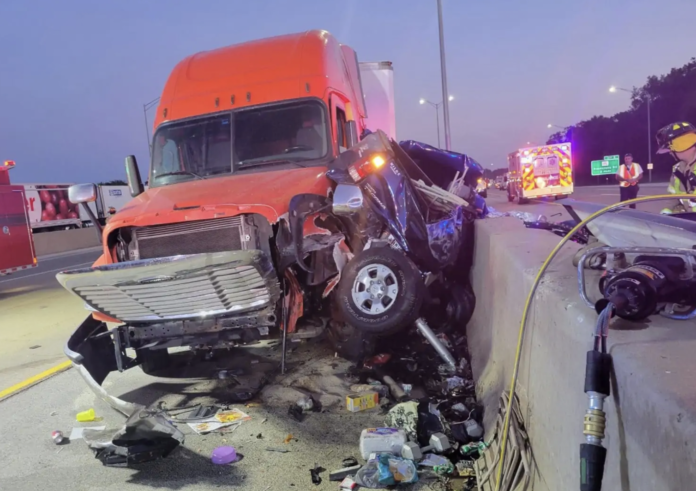 Four people walked away with only minor injuries after a serious wreck with a semi truck decimated their pickup on Tuesday morning.

The accident happened on August 17th in Wadsworth, Illinois.

According to the Lake & McHenry County Scanner, the pickup was traveling along Interstate 94 near Wadsworth Road when it slowed down to make a lane change. The semi truck behind it was unable to stop and crashed into the pickup, sending both vehicles smashing into the concrete barrier wall. 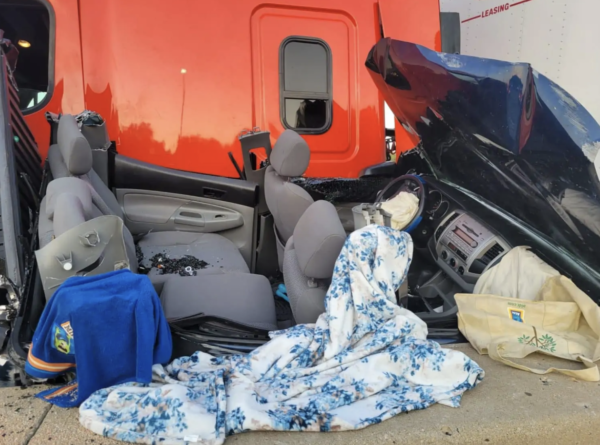 The wreck left the pickup truck almost unrecognizable, but somehow all four passengers inside of the truck were able to walk away with only minor injuries.

The truck driver was not hurt in the incident.

It is still unclear whether any citations have been issued as a result of the wreck.

Categories
Read More
Trucking News
Video takes a deep dive into the custom big rig took 7 years and $7 million to build
If you’ve never seen the awesome Thor24 custom semi before, this video is a must-watch....
By MEGA MISTAKES 2021-07-25 14:15:12 0 1364
Trucking News
Milk tanker truck driver killed after losing control on soft shoulder
Indiana State Police (ISP) say that a tanker truck driver lost his life in a single-vehicle...
By Truck Drivers Life 2020-12-07 19:45:52 0 1526
Trucking News
Motorists walk away from obliterated pickup after hitting brakes in front of semi truck
Four people walked away with only minor injuries after a serious wreck with a semi truck...
By MEGA MISTAKES 2021-08-19 22:14:19 0 673
Trucking News
WATCH: Yet another four-wheeler demonstrates their ignorance
Yet another four-wheeler reveals their ignorance in this dangerous pass on the right.  In...
By Truck Drivers Life 2021-04-16 18:17:18 0 2548
Trucking News
Group shares harsh but essential truths about truckers who pass away OTR
The founder of a prominent trucking charity recently shared an important message about the...
By MEGA MISTAKES 2021-08-10 14:21:44 0 511